Did Eazzy ‘s departure from Lynx Entertainment a wise decision? 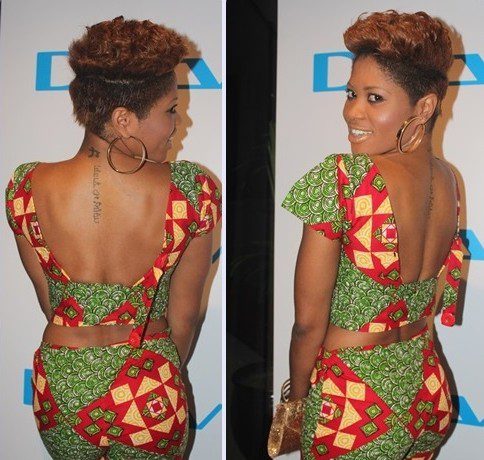 Sometime ago, Ghanaian-based entertainment company Lynx Entertainment, under the management of music producer and singer Richie Mensah, was popular for producing chart-topping songs across the country. The group which was formerly made up of Richie himself, OJ BLAQ, EAZZY, ASEM and ZIGI were making hits after hits and was the envy of many. In fact, Lynx Entertainment in 2009 was awarded the record label of the year at the Ghana Music Awards. Indeed, if you heard any song introduced with Richie’s catchy phrases ‘You know the name, right?’ and ‘It’s a hit, mennnnnn!’ then the song was definitely synonymous with infectious beats and fantastic tracks that moved everyone to the dance floor.

Richie through his infectious beats made stars out of every musician he worked with until things began to fall apart.

It started with the “W.B.D.N” rapper Asem who decided to quit the group and the label to form his own record label. Asem’s first hit song “give me blow” was produced by Richie and honestly that was the major breaking song he ever made ever since their break up. Not much has been heard from the controversial rapper since then even though he continues to release singles, they hardly get any airplay or hype.

Then came the empress of the empire, her excellency Mildred Ashong popularly known as Eazzy. The sudden decision of the first lady to quit the group was one which brought tears to the eyes of Richie. Richie who felt betrayed by Eazzy couldn’t hide his emotions any longer as he spilled out the beans to journalists who confronted him.

Of course, Zigi and O.J Blaq too left the group virtually empty with their untimely exit.

Lynx Entertainment which then had Raz King and Enoch as its main investors as well as Mrs. Alberta Mensah, regarded as the mother of the label and Richie Mensah, CEO of the label (owners of the company) had to share the proceeds earned in every production in a said written contract signed by both parties contained a till-you-want-to-back-out agreement of 25% to be paid to each investor and 50% to Lynx Entertainment.

Fast forward, Richie had to re-strategize, and he therefore brought in three talented female artists who formed the group D3. The group which was originally foundered by Esbee and MzVee and supporting member, Angela later begun to dismantle few months after their exposure as D3 when the supporting member was said to have gone to back to school. Angela was however replaced by Adel, who also left the group to further her education overseers.

The duo therefore had to pursue their solo careers with Richie taking a keen interest in MzVee. Mzvee released her first dancehall song titled “natural girl” which became an instant hit because of the message she was putting across. Of course, we’ve all heard the song so there’s no need to hammer on that.

With perseverance, hard work and dedication to her music, the multi-talented artist won her first award at the recently held Vodafone Ghana Music Awards. Her luck keeps shinning as she has also receive a nomination at the 2015 BET for Viewers Choice Best International and another nomination at the yet to be held Nigerian Entertainment Awards. It is however on record that she is the first lady ever from Ghana to be nominated at the BET and it all comes under the management of Richie Mensah. So then I ask, was Eazzy a bit hasty in her decision to leave her boss Richie’s management? Could she have been the one enjoying all these glory considering the fact that she hardly gets any nominations ever since she left Lynx Entertainment. I know that Lynx is messed up but could Eazzy have given Richie a bit more time since she hasn’t done much with her career ever since she left the group. She is struggling to make a comeback and so far her desperate attempts have all proven futile. Well, so many questions to ask but they all boil down to one point, did Eazzy make a BIG mistake fending on her own? ThePrinceLive.Com says a big Congrats to Mzvee and we hope she brings the awards home.

You can leave your comments below this article!

Dating phyno will give the greatest joy – Yemi Alade.