WHILE THE Chief Executive Officer of the Kumasi Metropolitan Assembly (KMA), Hon. Kojo Bonsu embarks on a so-called investment tour to Europe to seek business opportunities for the metropolis, his administration is said to have been rendered dysfunctional, following the reported disconnection of power to the main assembly block by the Electricity Company of Ghana (ECG).

The KMA, which is on record to have committed huge sums of its Internally Generated Funds (IGF) into funding a number of projects in the area of education, health and sanitation, cannot do same in settling electricity bills from the same coffer.

The main administrative block of KMA last Friday suffered electricity disconnection by the ECG for non-payment of electricity bills over the last two years. Workers were awakened to the stunning situation of a power cut when they reported to duty last Monday.

As a result, business at the assembly has been halted because the house has refused to make payment of a GH¢58,000.00 debts owed the nation’s power supplier.

At the time of filing this report, the KMA has resorted to using a standby generator to power its activities at the administration block, ostensibly at an added cost. KMA is said to be indebted to the ECG to about GHc58,000.00 arising from accumulated monthly bills.

The Public Relations Officer of the assembly, Mr. Godwin Okumah Nyame, confirmed to The Chronicle that officials of the ECG disconnected power supply to the various offices of the assembly because it owes the company.

“Yes, they disconnected it this morning when I came to the office; the truth is that we owe them about GH¢58,000.00 -being electricity arrears”, Mr. Nyame told the paper

The PRO was, however, quick to add that the ECG also owes the assembly to the tune of over GHc133,000 being arrears for payment of fees for transformers and Business Operation Permit, which the power supplier has failed to pay.

According to him, ECG has failed to honour payment of about GH¢125,975.16 as fees for the erection of transformers between 2012 and 2013, whilst the company has also refused to pay an amount of GHc8,000 as business operating permit for 2013 fiscal year.

Mr. Okumah, therefore, expressed shock at the decision of the ECG to disconnect power when he had information to the effect that negotiations were still ongoing to find out how the debts could be settled.

“I know we were in negotiation with them to see how we can embark on barter; so that we can offset some of the debt through the amount they owe us only to hear that they have disconnected out power,” he lamented.

The KMA PRO said though he did not seek to justify the position of the assembly for failing to pay the bills, he believes the ECG did not act in good faith, arguing that the KMA could have also embarked on similar exercise to claim the fees owe it by the company.

“Assuming that we also decided to go and lock offices of the ECG for failing to pay us, imagine what would have happened, I think we need to respect and appreciate the position of each other in matters like these,” he said.

Mr. Nyame, however, disclosed that the assembly has given ECG a cheque to enable them clear the debt though he would not disclose the amount involved.

Meanwhile, The Chronicle has gathered that the standoff between the ECG and KMA resulted from the alleged issue of a dud cheque by the KMA in payment of its indebtedness to the electricity company.

It was gathered that the cheque could not be replaced immediately as the Finance Office had to seek the approval of the MCE Kojo Bonsu, who is currently outside the country for a checkup.

Employees who pleaded anonymity blamed the situation on the Metro Chief Executive, Mr. Kojo Bonsu’s directive to officials not to make payments without his approval. 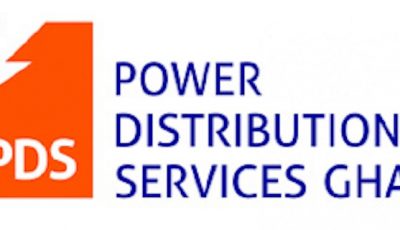 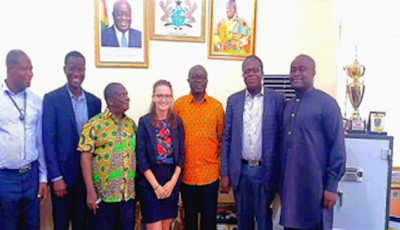