Ghanaians lose faith in the government

By : supportanapuafm
Comment: Off
Tag: gHANAIANS lose faith in the government, kweku baako 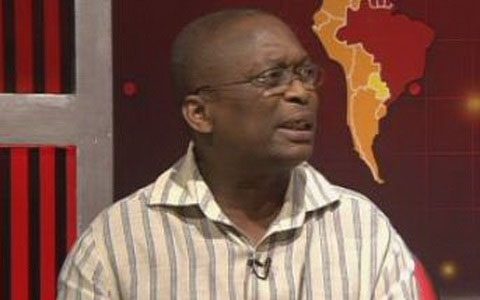 The Editor in chief of the New Crusading Guide, Abdul Malik Kweku Baako Jnr has said government’s inability to deal with the worsening economic conditions in the country has caused Ghanaians to lose faith in utterances of the government.

“The people are not listening, even if they are listening they cannot hear,” he said.

About 300 people made up maily of the middle class embarked on a peaceful protest to demand responsible governance.

The protest was organized by a non partisan group calling itself Concerned Ghanaians for Responsible Governance (CGRG).

The group petitioned the presidency, demanding urgent steps to reverse the hopelessness in the country.

At his Tuesday press conference, Felix Kwakye, catalogued a litany of projects he said government is undertaking in various parts of the country to alleviate the plight of the people.

According to Kweku Baako there is no doubt that the government is carrying out projects in many parts of the country but “it is not the number of projects that is important but rather their quality”.

Regurgitating a “forest of statistics and numbers” does not convince anybody any more, he stated.

Kweku Baako said the public had the inalienable right to question the government about the development of the country and they cannot be accused of sowing seeds of pessimism when they do so.

The government’s inability to fund the National Health Insurance Scheme (NHIS) and the School Feeding Programme gives people the right to question the government, he added.

“Those who feel the system is not working are in the majority” Kweku Baako said.