The Minister of Education, Prof Naana Jane Opoku-Agyeman, yesterday failed to appear before Parliament to answer questions relating to the educational sector. Five Members of Parliament had filed questions for the minister to answer but when the First Deputy Speaker, Ebo Barton-Odro, who was presiding, called for question time, the minister was nowhere to be found. This prompted the New Patriotic Party (NPP) Member of Parliament for Bosomtwe, Simon Osei-Mensah, who was also billed to question the minister, to strongly register his protest saying that it was time ministers of state took the work of Parliament serious. The Deputy Majority Leader, Alfred Agbesi, had explained to Members and the Speaker that the minister had not been able to gather all her facts on those probing questions to be put to her, thus, her inability to turn up, but the Bosomtwe MP said the reason given was even an indictment on the ministry, which is in charge of education. According to him, some of the questions which were to be asked had been filed over a year ago and wondered why answers were yet to be provided. “What are these people doing at the ministry? We have to take Parliament, which is the representative of the people of Ghana, serious because the Executive has to be accountable to the people,” he said. Mr. Simon Osei-Mensah had wanted to ask the minister to tell the House the number of two-storey dormitories and six-classroom blocks purportedly constructed between January 2009 and December 2012; where these dormitories and classroom blocks are located and the source of funding for the projects. Other members who were billed to ask the minister questions were: NPP MP for Bunkpurugu, Solomon Namliit Boar; NPP MP for Jaman South, Yaw Afful; NPP MP for Afigya Sekyere East, David Hennric Yeboah and NPP MP for Asunafo North, Robert Sarfo-Mensah. The MP for Bunkpurugu had wanted to ask the minister what steps her ministry was taking to improve the educational infrastructure in Nakpanduri and Bunkpurugu—both in his constituency. The MP for Jaman South was going to ask the minister when the construction of a dormitory for Our Lady of Providence Senior High School at Kwasibokrom in the Jaman South district as well as other projects which were awarded before December, 2008, would be completed. The MP for Afigya-Sekyere East was also to question the minister on when the Seventh Day Adventist Senior High School at Agona-Ashanti would be given a bus, while the MP for Asunafo North was poised to find out from the minister what plans her ministry was putting in place to construct a new administration block for the Mim Senior High School, since the old block got destroyed by fire last year.

Bulldog picked up by Police CID over death of Fennec Okyere 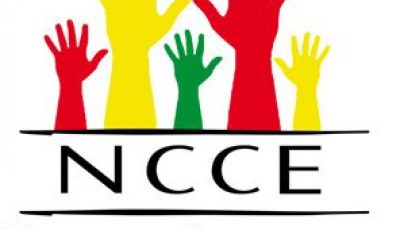 Do not allow party politics divide you – NCCE I’m Making A Statement With My Movie – Shirley Frimpong Manso.