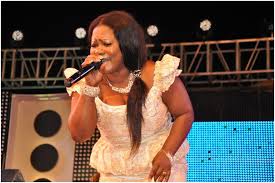 Christian religious songs like Obaapa Christy’s ‘Hyebre Sesafuor’ which is one of the current gospel hit songs in Ghana has been described by gospel musician and man of God, Pastor Leo aka Da Prince as ‘not gospel.’

The issue of what is gospel or not has been a very debatable topic in the music circles and has been re – ignited by Da Prince. Speaking to Kwame Dadzie on Care TV’s Gospel Countdown, he stated categorically that Obaapa Christy’s Hyebre Sesafuor, Ama Boahemaa’s Woba Eko, Ampong’s Akokofunu, among other Christian religious songs, are not ‘gospel’ songs, in real sense of the word.

“They are not gospel songs. Gospel songs should praise God but not to talk about the sufferings one has or is going through. As a Christian, your destiny has been changed by the fact that you’ve accepted Jesus Christ as your savior so what is the point in doing a song like Hyebre Sesafuor? What destiny of yours do you want to be changed?” he asked.

Moving further, he intimated that anybody that does secular music serves the devil. Meanwhile, he has a track with Castro who is a secular artiste but he explains once he didn’t sing secular music with Castro there is nothing wrong with featuring him on his song.

Da Prince came out with the ‘East to West’ album last year on which he featured Castro on one song titled Aforebo. This year, he is out with a single titled Boyz and Girls.

Watch and enjoy the song below: