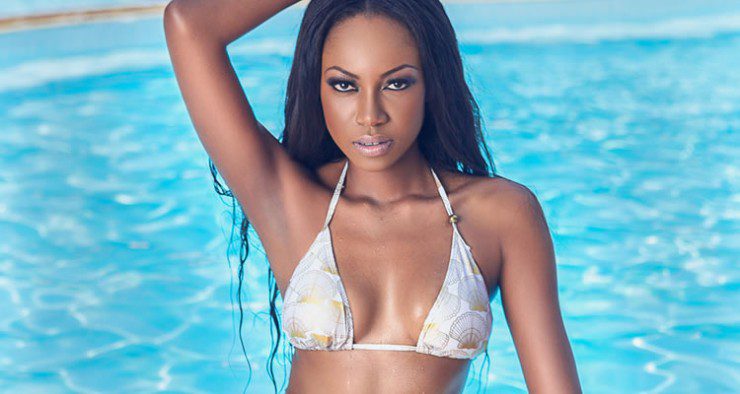 Anas, whose previous works have exposed human right abuses, corruption, thievery and embezzlement in Ghana and other African countries, has come under public scrutiny, following his recent exposé on corruption in Ghana’s judiciary. 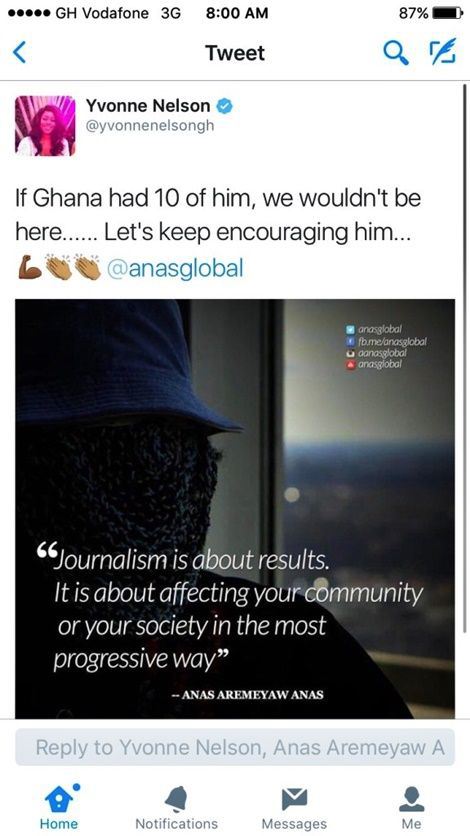 Anas is currently defending himself in a case in which he petitioned Ghana’s Chief Justice to suspend some 34 magistrates and judges who were captured on a video in his two-year investigative piece allegedly taking bribes to influence justice.

Some of the judges and their lawyers, who are in court to redeem their image, have accused Anas of using unethical means to obtain the audio visual recording.

Anas’ integrity has also been brought into question following allegations of impropriety leveled against him by another anti-corruption crusader and a former Attorney-General, Martin Amidu.

Mr. Amidu has suggested that Anas is a government-agent operating an illegal entity. He described him as a ‘corruptionpreneur’ doing business for profit. Anas has since denied his claims describing them as untrue.

Following the revelations, some Ghanaians are beginning to question the genuineness of Anas’ work.
But Yvonne Nelson in a twitter message, appealed to Ghanaians to support Anas’ work saying “If Ghana had 10 of him [Anas] we wouldn’t be here……Let’s keep encouraging him”.

Anas Aremeyaw Anas recently told the BBC in an interview that he will not cower out of his job despite the growing threats on his life and that of his family.

“I am sure that by now you would have heard of the snippets of my family and many other things that are coming up. But I want to assure the people; and all on the African continent who think that they can cow people like us into docility, I am not one of them. I was purged of fear long ago and I am resolute and focused because I don’t do my work alone; I have a team that supports me in what I do. As far as I am concerned, once there are evil doers in the society we must aim at ensuring that we track them down”.

Anas in his work, has always remained anonymous clothing himself in various forms in order to protect his life from detractors.

The most challenging role was playing a lesbian – Actress Jessica.

Yvonne Nelson Opens Up On Her Dad.