Black Stars players are not above the law-Tamakloe

By : supportanapuafm
Comment: Off
Tag: black stars, tamakloe nyaho, the players are not above the laws in ghanas

Former Chairman of the Ghana Football Association, Dr Nyaho Tamakloe says Ghana needs a tough coach with the support of an FA chairman with guts to instil discipline in the team’. 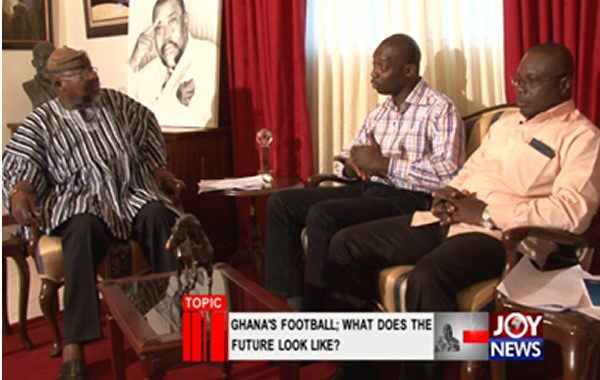 He stressed that no football player in the national team is beyond reproach.

He made these submissions in a conversation on Nyaho’s Take on Multi TV last Sunday with the Acting Editor of Daily Graphic, Maurice  Quansah and Former Manager of premier team Accra Hearts of Oak, Ashford Tetteh Oku.

Dr Nyaho Tamakloe added that, the Black Stars won the African Cup of Nations  twice in the days of Nkrumah because they were better organised, and stressed the need for the Black Stars to “do away with undisciplined players and bring in young ones who are prepared to respect structures and authority.”

Ashford Tetteh Oku, who is also a licensed FIFA instructor and Vice Chair of the Professional League Board maintains that the story of football in Ghana  is fairly a good one, apart from our recent abysmal performance at the just-ended world cup where the Black stars failed to qualify from the group stage of the competition.

He agrees with the notion that lack of discipline, teamwork, team-spirit and orderliness is what affected the Stars’ performance in the competition, and that ‘football today, especially with some African countries is not about service to nation, but for wealth creation’

According to Morris Quansah, Coach Kwesi Appiah is still learning on the job and the upcoming African cup of nations in 2015 provides him with another opportunity to redeem his image, and to build a strong team. ‘There is a perception that players don’t play for a nation but for the coach’, he added.

On the issue of sponsoring supporters to Brazil, the Sports Editor claims that spending about six thousand dollars per head is a waste of resources and a conduit of all manner of fraudulent deals.

Tetteh Oku however said, ‘if the money is coming from corporate Ghana as a social responsibility gesture and not tax payers, then it is not a problem’.

He called for a fair and non-partisan mode of selection for supporters in the future, and added that President Mahama’s call for an inquiry into what happened in Brazil is a step in a right direction.