The water supply situation in the Sunyani municipality has worsened following the complete shutdown of the Abesim water works by authorities of the Ghana Water Company Limited (GWCL).

The shutdown on Monday became necessary when the authorities detected that water had ceased flowing from the River Tano into the intake at the headworks.

“As of now, no water is being pumped from the Abesim Headworks,” a visibly worried Brong Ahafo Regional Chief Manager of the GWCL, Mr Charles A. Brobbey, told the Daily Graphic yesterday.

The GWCL reduced its production of potable water from 1.6 million gallons per day to 800,000 when the flow of water into the intake began to go down.

When the situation began to worsen, the company resorted to distributing the 800,000 gallons intermittently, instead of doing so every 24 hours.

As of now, the GWCL has resorted to tanker services to provide water for residents of the municipality.

Boreholes constructed at the Sunyani Airport, the SSNIT Flats, Area 2, Penkwase and the GWCL Yard had been mechanised to supply water to tanker operators for distribution.

Ten polytanks have also been placed at various places to enable water tankers to provide water from time to time for sale to residents.

The current water situation is hampering operations at the various hospitals in the municipality.

The Head of Obstetrics and Gynaecology at the Brong Ahafo Regional Hospital, Dr James Boakye Fordjour, who spoke to the Daily Graphic, expressed his frustration at the development.

According to him, throughout last week doctors were compelled to wash their hands in a bucket of water after performing operations.

He pointed out that if the water crisis was not addressed by next week, the theatre would attend to only emergency cases.

Long queues of water containers, particularly the ‘Kufuor’ gallons, can be found at places where there is water, while some residents are seen moving from one end of the municipality to the other in search of water.

Mr Brobbey indicated that so far about GH¢400,000 had been spent on the provision of boreholes, polytanks and tanker services.

He said sometimes the GWCL had to fall on private water tanker operators to supplement its own fleet to meet the demands of residents.

“If the situation continues like this, we have to get more money from headquarters in order to meet the demands of the people,” he stated. 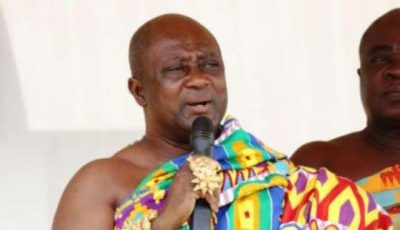